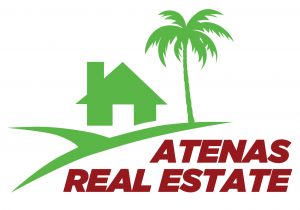 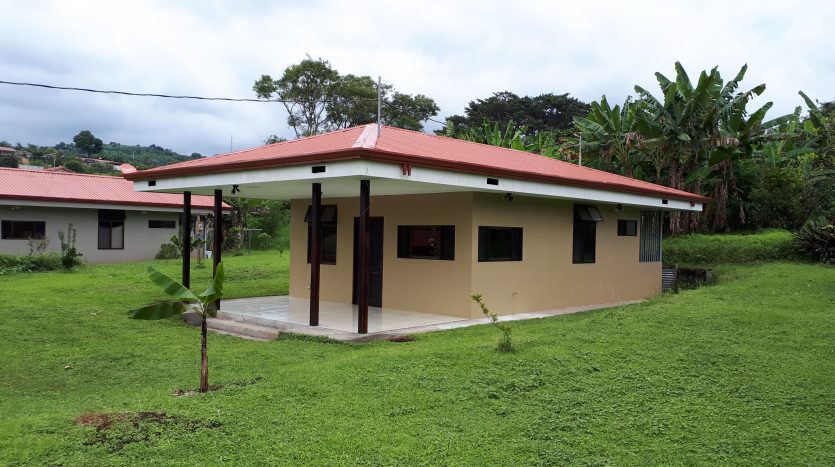 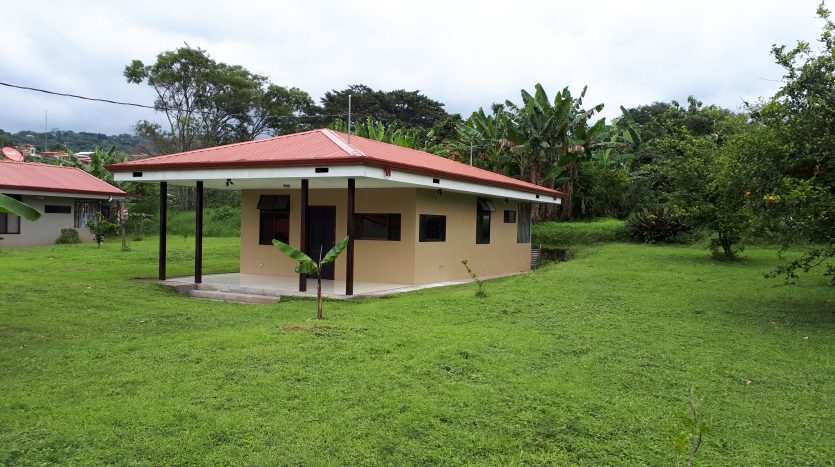 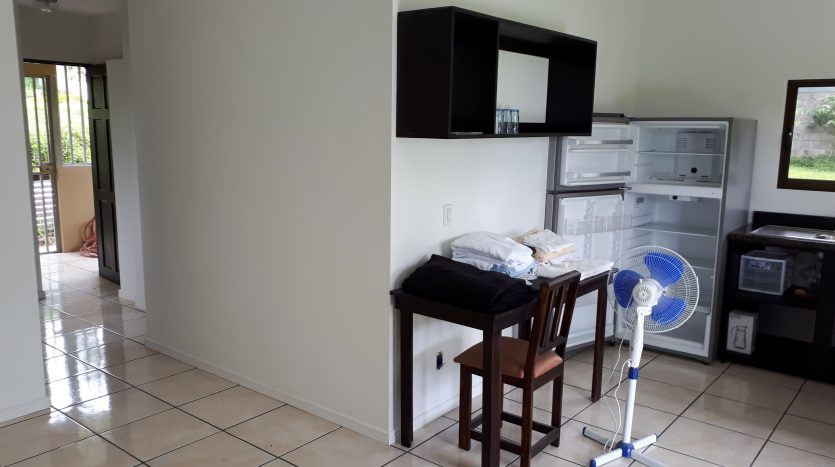 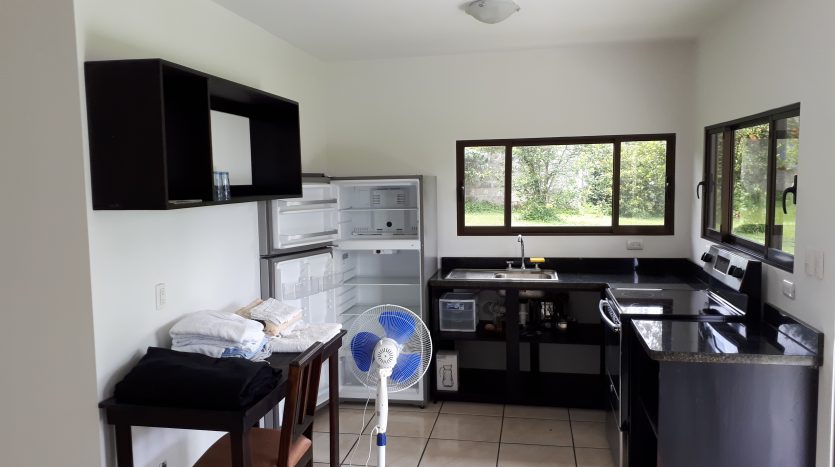 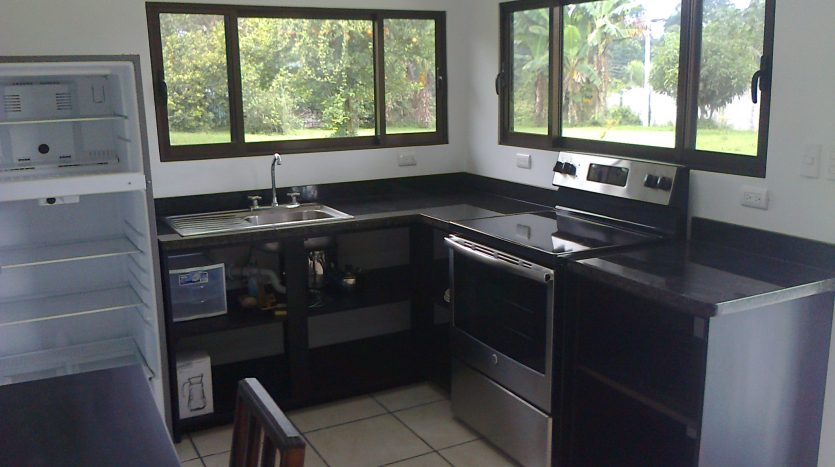 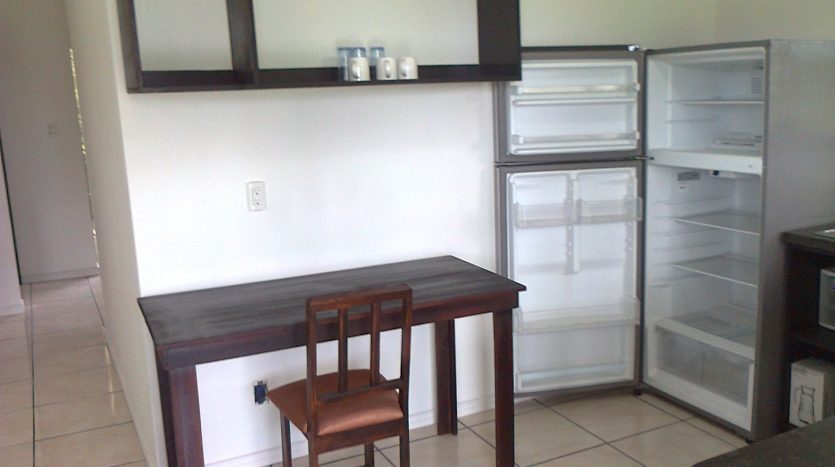 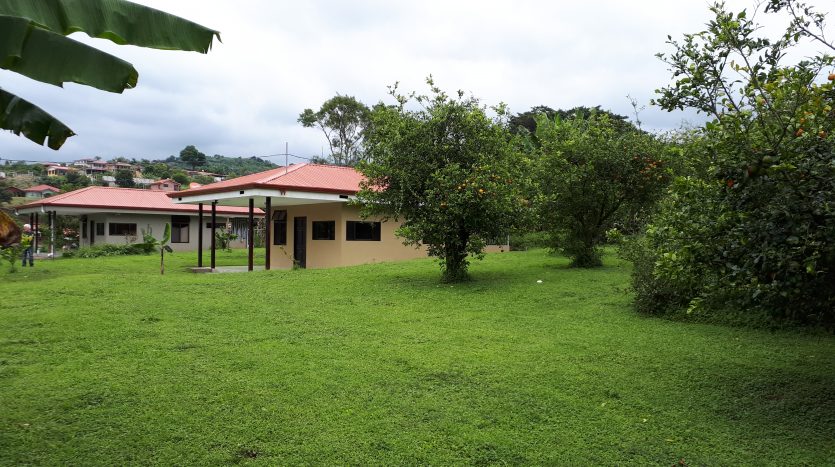 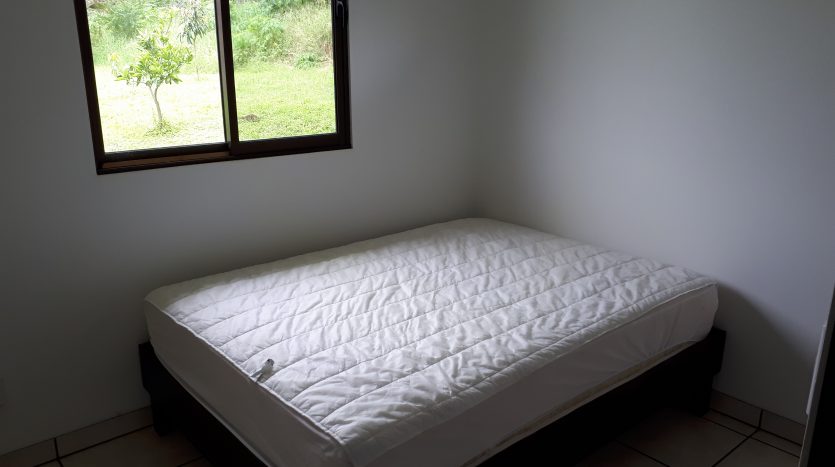 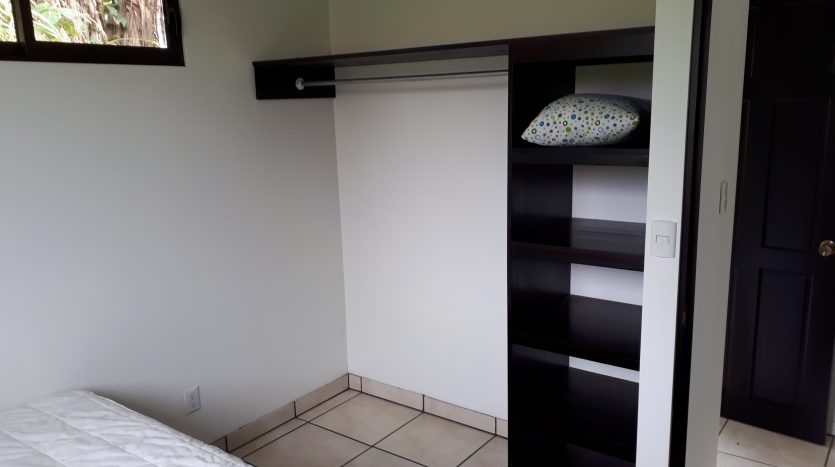 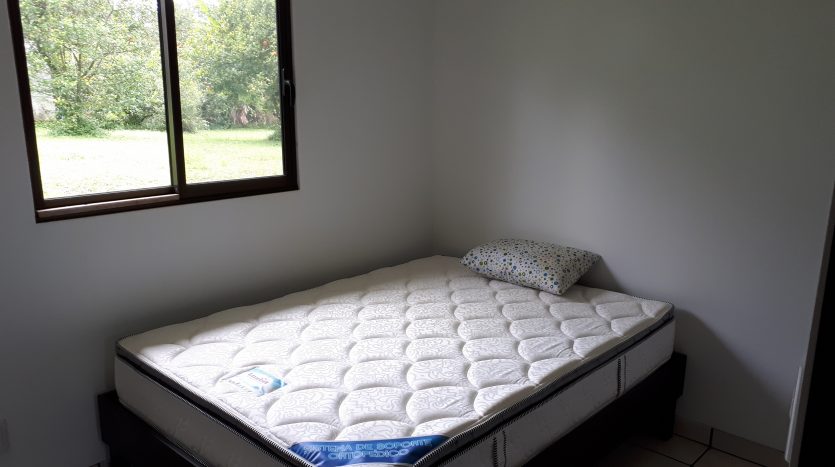 Two bedroom, two bath house for sale in Sarchi, Costa Rica, province of Alajuela. Sarchi is a world renowned center for artisans who produce mostly fine furniture and is just about 3 or 4 miles down the road from Grecia, a mid sized city in Costa Rica’s Central Valley. Grecia is known as Costa Rica’s cleanest city.

The house is located at about 30 miles from the Gulf of Nicoya/Pacific Ocean. The climate is pretty steady and warm. It is, however, not what could be called hot. Many days get into the low 80’s but generally, the daily highs range from the high 70’s to around 80 degrees. Sunny skies are the general rule but in the rainy season, as in all of Costa Rica, you can expect afternoon showers.

This house is situated on a quiet, serene property with about 60 new fruit trees, some coffee plants, pineapples, and lots of bananas, all organic. A few of the new fruit trees are starting to produce and by next year, all of them should be bearing fruit. The entire property is maintained organically and there are spaces for you to put in any kind of garden you may wish.

The house described herein is a two bedroom, two bath house. The house has about 55 square meters of floor space inside as well as an 18 square meter porch in the front. There is also a laundry room in the rear part of the house.

There is a brand new, full sized stove and refrigerator which are now installed in the house and which will be included in the sale price. There is a solid granite counter top with a stainless steel sink in the kitchen. The cabinets are solid pine and are stained a dark chocolate color with a semi-gloss varnish finish.

There are automatic, motion sensing lights all around the house to alert you if anyone approaches. There is plenty of parking and space for storage in and above the large closets in the bedrooms. Both closets have large 20″ deep and 20″ wide shelves built in on the right side and a top shelf which is the length of the closet (6 to 7 feet).

The house is attractive inside and out and has beautiful sliding track metal, non corroding windows. There is hot water at all points throughout the house including the kitchen, bathrooms, and laundry room.

There are outside faucets to connect hoses should you need to as well as outside electrical outlets. Everything on the property conforms to North American standards. There are some furnishings to include new beds and mattresses and the stove and refrigerator that have already been mentioned.These things will be included in the sale of the house.

The area is safe, secure, and quiet. There are other people who live on the road/street but they are generally working people and behave accordingly. There are other North Americans in the area.

As we are located in the Central Valley, numerous tourist attractions and sites are just minutes to hours away. The airport near San Jose is about 40 minutes away by bus. San Jose is less than an hour by bus.

There is a nice little store directly across the street which sells just about anything you might need including a variety of foods and fresh fruits and vegetables. It is a short 10-15 minute walk to downtown Sarchi where you can get whatever you might need including souvenirs. A 5 minute taxi ride to downtown costs less than $2 at today’s current exchange rate for Costa Rican colones.

There are 4 banks, several supermarkets, appliance stores, 2 pharmacies, restaurants, and a pretty good mix of whatever else you might need. Buses run from downtown Sarchi to Grecia, San Ramon, nearby Naranjo, and all other points in Costa Rica.

There are doctors in town and a hospital in Grecia as well as other city type things. There is a large park in downtown Sarchi that is kept very clean and at which are held numerous cultural events.

Several soccer fields are in the area for those who are fans of the game. There are numerous clothing stores, hardware stores, general stores, government services, shoe stores, furniture stores and factories, churches, and just about anything else you might imagine.

The approximate size of the lot on which the house is built is 600 square meters (about 6,450 square feet) but that has not yet been determined because the lot is now part of a larger parcel of land. There is a lot next door to this house which is also available for purchase. 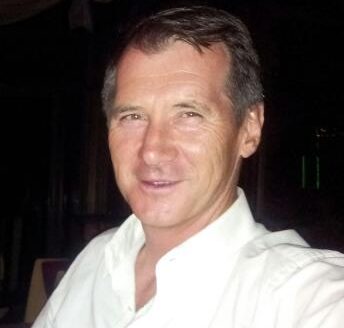 Schedule a showing?
You can reply to private messages from "Inbox" page in your user account.

You need to login in order to post a review

Register here! Forgot Password? Back to Login Return to Login

Want to find out more?

Schedule a showing?
You can reply to private messages from "Inbox" page in your user account.